skip to main | skip to sidebar

At this age of mine, i no longer have so many people i'd like to hold close to me. Apa yang ada pun dah cukup, i'm afraid if i keep adding them on the list i'll end up getting heartbroken again. Losing people is not really the best feeling, u see. I'll choose death anytime over having to face the same thing ever again. To me, it's better if my heart is empty rather than being so full of love to the people who clearly doesn't give a single fuck.

Speaking about love, do yall have this feelings like it is sometime so suffocating? Cuz i do. Sometimes i got so sick of it. It's getting real once you're out of that infatuation phase. Specifically, right on the phase where the fire is no longer quite red, and not that clear blue either. It's even more tiring if you're basically reading the same book all over again; you dah tahu the plot and how it'll end. Idk maybe it's me, maybe i was unconciously becoming too demanding.

But one thing for sure, i am disappointed. If there is one thing that i hate, it is people that didnt take my word seriously. I hate repeating my word, i hate having to explain why did i say "no".

Why is it so hard to respect, i dont even know.

That thing about trust is, it's a matter of seconds to lose it. And to gain it maybe you'll have to work your way slowly and that sometimes, took years. It's not a nice feeling having to always hold your guard up, like you feel uneasy whether this people can be trusted or not. If i dont trust you, i wont trust you with everything that's related to me including my secrets.

Trust is earned, but not by force. It's either bend or break, you choose. I have to let this out, or this thoughts will turn out to be as toxic as it can be.

Entahlah. Maybe we are so desperate to be understood, we forgot to be understanding.
Tukang conteng : Yuyu Ashari menge-pos pada : 02:11 0 orang buat demo

So i'm back. After 4 years gone doing god-knows-what 😂. K tak. I was busy with my studies and life. As of today, this girl right here dah almost 3 bulan habis belajar. Insya Allah by november i'll be awarded a degree. 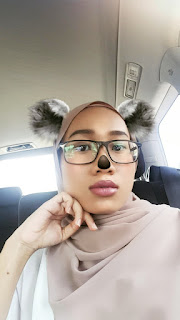 This one paling latest i berangan 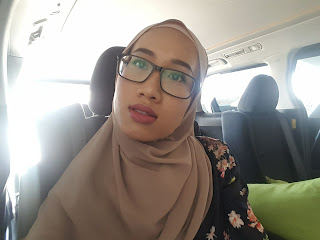 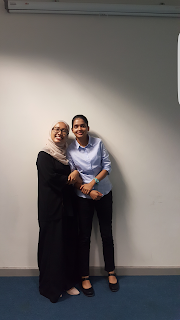 With my bff of 3 years, Sharffra 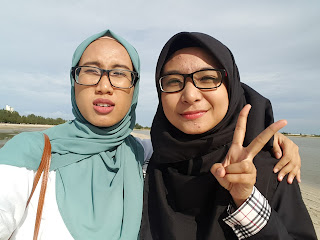 This was taken back in September i guess. That's Fareen, my friend back in matriculation.

Email ThisBlogThis!Share to TwitterShare to FacebookShare to Pinterest
Home

There is no WE in food, it's just ME XD
Home